Nail streaks, known as the condition melanonychia, manifest themselves as brown or black lines across your nails.

Melanonychia can affect both your fingernails and toenails and can appear in just one nail or several.

If you have a darker complexion, these nail streaks can be a natural occurrence. However, in some cases, these dark lines can be an indication of something more serious.

If you have noticed dark nail streaks on your fingernails or toenails and you are concerned about what they mean, then the below guide can help you.

Read on to discover:

Melanonychia is a brown or black colour in your nail. It can affect both the fingernails and toenails. The exact appearance of the dark nail streaks will be dependent upon what caused the melanonychia.

This type of melanonychia appears as brown, black, or grey bands that typically run from your nail bed to the tip of your nail.

As the name suggests, total melanonychia is when your entire nail/s turns black.

This appears as a dark band that runs across your nail horizontally.

What are the different types of melanonychia?

There are two main types of melanonychia:

This occurs when there is an increase in the production of melanin in your nail but no change in pigment cells. This type of melanonychia can be caused by trauma to the nail, a vitamin or mineral deficiency, and certain medications.

This is an increase in the number of pigment cells within your nail. This growth can be benign or malignant.

What are the symptoms of nail streaks?

Nail streaks, or melanonychia, can appear on both your fingernails and toenails and can affect just one nail or sometimes several.

The most common symptoms of nail streaks may include:

It is worth knowing that people of African descent are most likely to experience melanonychia. However, it can occur in people from all ethnic backgrounds.

Vertical black streaks in nails are known as splinter haemorrhages. These can occur for a number of different reasons and are most often harmless. With the appearance of a wood splinter under the nail, a splinter haemorrhage is caused by damaged blood vessels underneath the nail.

The most common symptoms of this condition include:

If you notice a thicker, horizontal black stripe on the nail, this is known as Beau’s lines. Although typically benign, in rare cases, they are a symptom of cancer.

White streaks on toenails are usually the result of a fungal nail infection. The white streaks occur as the fungus starts to feed on the keratin layers of your nail. You may also notice white spots or white patches, a yellowing of the toenail, a bad odour, and/or a thickening of the nail.

You can treat a fungal toenail infection with an over-the-counter anti-fungal treatment. These do not require a prescription and can be applied topically to the affected nail.

White streaks or spots can also be the result of nail trauma. This may occur due to any injury or friction caused by restricting footwear. Typically, white streaks caused by trauma will eventually heal and go away on their own, although this can take between 9-12 months.

If your nails have red streaks on them this is typically not a sign of any infection. Instead, it is much more likely that you have injured the nail in some way which has resulted in damage to the capillaries under the nails.

Known as splinter haemorrhages, these nail streaks are usually reddish-brown in colour and look like little lines of blood under the nails. You do not usually need to treat this as the red streaks will simply disappear as your nail grows over time.

There are several possible causes of nail streaks that are due to melanocytic activation. The most common of these include:

A fungal or bacterial infection

Melanonychia is sometimes the result of a bacterial or fungal infection. If you notice other symptoms such as a bad odour from the nail, further discoloration, brittle nails, or a nail plate that is coming away from the nail bed, you may have a fungal nail infection.

Alternatively, a wart under the nail plate, known as subungual verruca, can also cause nail streaks.

Hyperpigmentation is common in pregnancy and can cause your skin to change colour. Melanonychia is also a fairly common occurrence and typically affects several of the fingernails or toenails.

As mentioned above, ethnicity plays a role in melanonychia, with darker-skinned races typically being more affected than lighter-skinned ones. This type of melanonychia usually appears in multiple streaks from the nail bed to the tip of the nail. These nail streaks may get wider with age.

If you wear footwear that is restrictive or that causes friction, this may cause nail streaks on your toenails. Fingernail streaks can occur from nail biting.

If you wear footwear that is restrictive or that causes friction, this may cause nail streaks on your toenails. Fingernail streaks can occur from nail biting.

Certain vitamin and mineral deficiencies can cause melanonychia. Most notably, a lack of protein, vitamin D, and vitamin B12.

An injury or trauma

Both acute and chronic trauma to the nail, either from injuries or repeated friction, can cause melanonychia. This includes carpal tunnel syndrome, nail biting, and foot deformities caused by ill-fitting footwear.

If you have red streaks on your nails, this may be blood under the nail as a result of an injury or trauma.

Nail streaks can sometimes be a symptom of autoimmune or skin conditions such as nail psoriasis, Addison’s disease, and Lichen planus.

Longitudinal melanonychia can occur in people who have certain rare genetic disorders. These include Familial amyloidosis, Laugier-Hunziker syndrome, Peutz-Jeghers syndrome, and Touraine syndrome.

How to treat streaks on nail or melanonychia

If it is found that the cause of your nail streaks is a fungal infection, then a simple over-the-counter anti-fungal treatment will treat the issues such as Nailner. There are treatments that can be taken orally, that your doctor can prescribe.

If your melanonychia is caused by a medication that you take for another condition, you may just have to learn to live with the nail streaks.

For cases of melanonychia that are caused by trauma, no treatment is needed. You simply have to wait for the injury or trauma to heal. Please note that this could take some time, especially if the trauma affected the toenails, as these can take between 12-18 months to regrow.

If your melanonychia is malignant or cancerous, your doctor will most likely recommend that you have the tumour or cancerous area removed. This may mean that you lose some or all of your nails or, in some cases, the entire finger or toe.

How to diagnose streaks (melanonychia)?

Although the cause of melanonychia is benign in most cases, your doctor will want to perform an examination to ensure that it is not anything malignant that is causing your nail streaks.

During your assessment for melanonychia, you can expect:

Predominantly, your doctor will be looking for signs of a possible melanoma, but they will also determine what exactly is causing your melanonychia.

Your doctor may also decide to perform a biopsy of your nail, which involves removing a small piece of nail and nail tissue for further examination. This does not hurt and will only take a few minutes.

How can I tell if my nail streaks are benign?

In the vast majority of cases, the cause of nail streaks is benign. However, if you are concerned about your nail streaks, the below characteristics indicate that you have nothing to worry about:

You can find Nailner at your nearest pharmacy or online 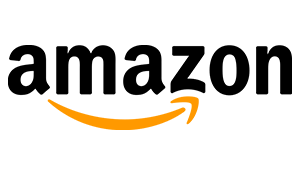 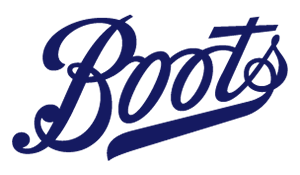 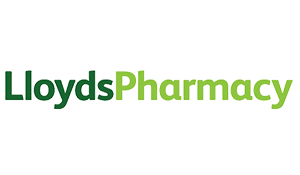 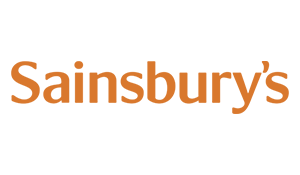